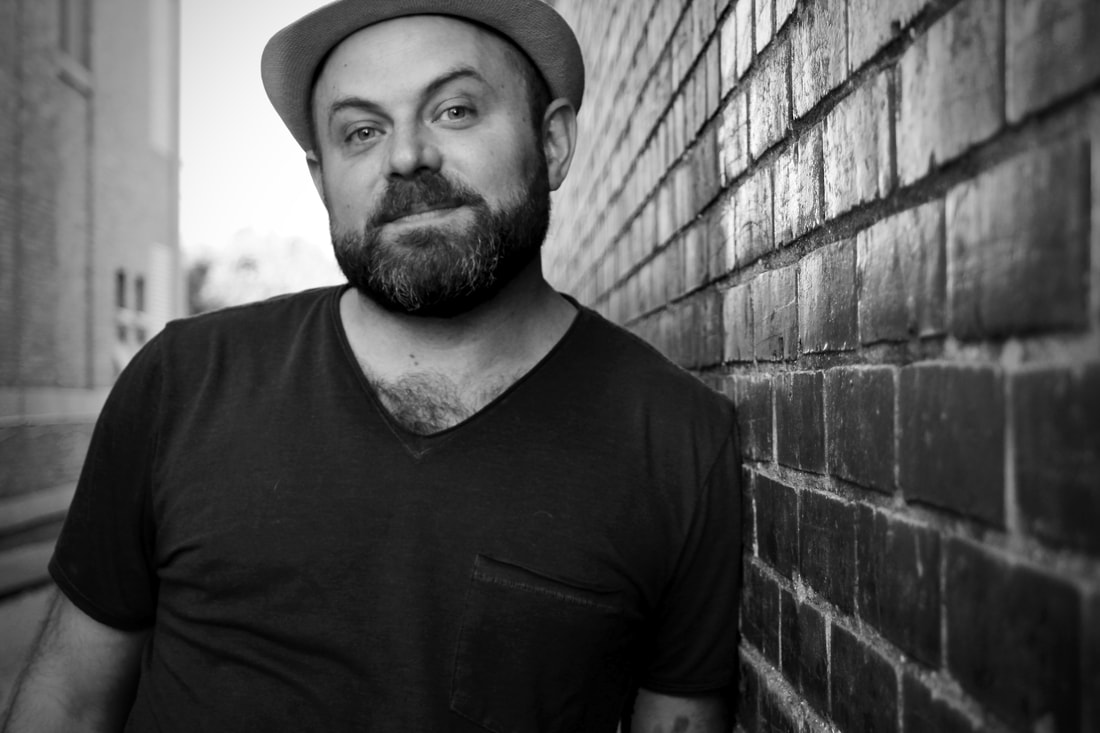 Cole Haugh is the co-owner of the Wilmington Performing Arts Studio. He grew up in Jamestown, Ohio and started dancing at age 15 with the Dance Loft. He taught and trained at Wilmington Performing Arts Studio in its first year. Cole continued his studies in dance at Clark State Community College, the Gary Gies School of Dance and Wright State University where he was featured as a dancer in the concert Rewind. He has performed in many venues including the Schuster Center, Victoria Theatre, and Kings Island. Cole played Friedrich in The Sound of Music at La Comedia. He served as a choreographer and performer in many productions over the past decade with Wilmington College Community Summer Theatre including Cabaret, The Drowsy Chaperone, Mamma Mia, and Company, just to name a few. Cole has also choreographed for Wilmington College Theatre Department the past 10 years as well. He was also a choreographer and featured soloist with the University of Dayton Dance Ensemble. He taught dance at Clark State Community College for three years. Fifteen years ago Cole returned to WPAS and is so happy to call WPAS home. He lives with his husband Paul and their three dogs Koko, Lulu, and Scout in Columbus, Ohio. 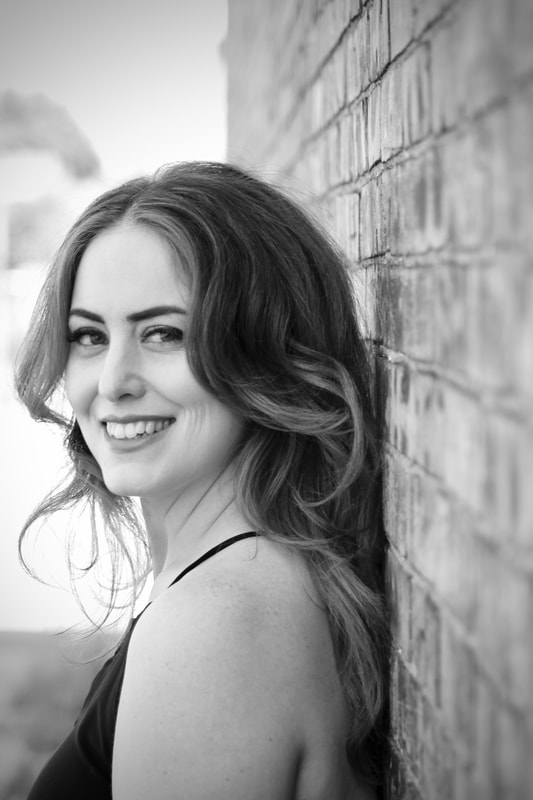 Ami Gallagher-Filip is the co-owner of the Wilmington Performing Arts Studio. She has lived and breathed dance throughout her entire life. She began her dance training at the age of three at the Moving Company School of Dance in Sandusky, Ohio. In addition to her dance training, Ami also performed in several musicals, plays and shows. She continued her dance and performance career as a member of the nationally ranked Wright State University Emerald Jazz Dance Team and the University of Dayton Dance Ensemble. Ami has been teaching and choreographing for several years all over the state of Ohio. She is currently a dance instructor all around the Dayton region, as well as an Adjunct Dance Professor at The University of Dayton. Along with being an Adjunct Professor, Ami is the Rehearsal Director/Assistant Director for The University of Dayton Dance Ensemble. Ami studied English Education at Wright State University, and likes to read, write, run, garden, and cook when not in a dance studio. 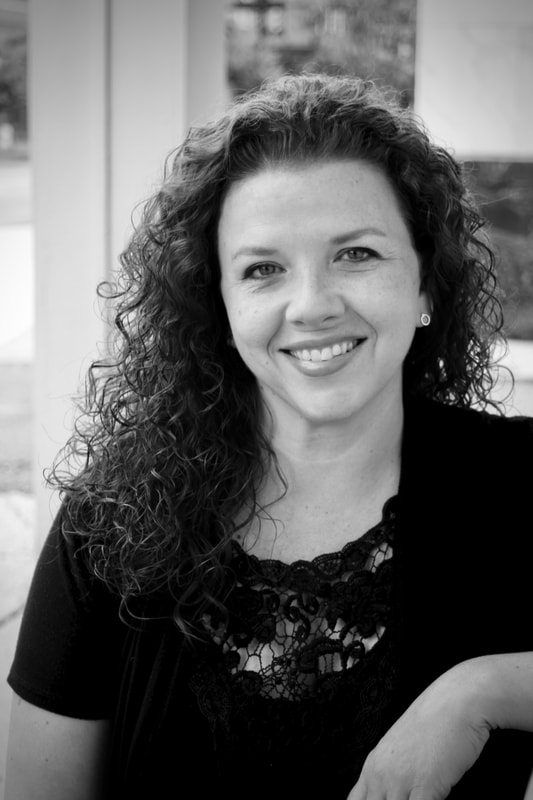 ​Erin Cavender is the founder of the Wilmington Performing Arts Studio. She received a BA in Music Education from Milligan College in 1998. Erin began her dance study at Terrie’s Dance Spectrum with Terrie Chapman & Melissa Chapman-Marting and has studied voice with Liz Haskins, Emily King & Evelyn Thomas. She has also studied piano with Diane Carter and Thomas Stampfli. Erin has performed in numerous community and professional theaters and college productions in Southern Ohio and Northeastern Tennessee. She served as the choral and drama director at Clinton-Massie High School for three years and also placed in the Top Ten at the Miss Ohio Pageant in 2000 with an Italian aria as her talent showcase. She has directed and choreographed numerous high school and community shows throughout her career. Erin Founded WPAS in 2003 with 50 students. The Wilmington Performing Arts Studio now instructs over 200 students in Voice, Piano and Dance. Erin teaches voice, tap, lyrical and competition teams at WPAS. She resides in Wilmington with her wonderful husband, Chad, and their beautiful daughters, Claire and Claudia. 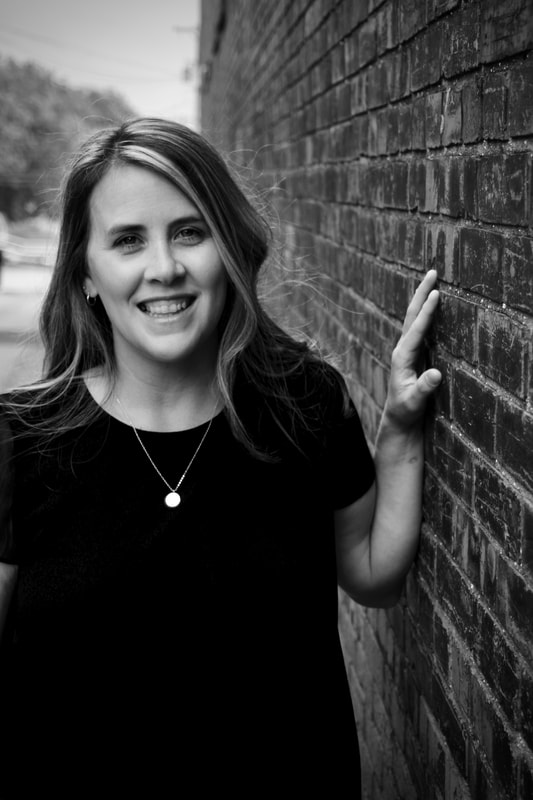 Ashley Seewer Ashley Seewer originates from St. Marys Ohio, and now resides in Wilmington with her wonderful husband, Aaron, and their three beautiful children Ava (5), Anslee (3) and Anden (3). Ashley received her Bachelors Degree in Spanish Education from Bowling Green State University, and she currently teaches Spanish at Clinton-Massie High School. She also serves as the Varsity Football Cheerleading Coach as well.  Ashley began dancing at age 5 and spent over 10 years competing. She has training in jazz, lyrical, tap and ballet. Ashley began her teaching career in 2000, and joined WPAS in 2006. Ashley feels that it is such a blessing to see the excitement that the dancers bring to class each week and has loved watching them grow over the years. Ashley will be teaching competition teams this year.
​ 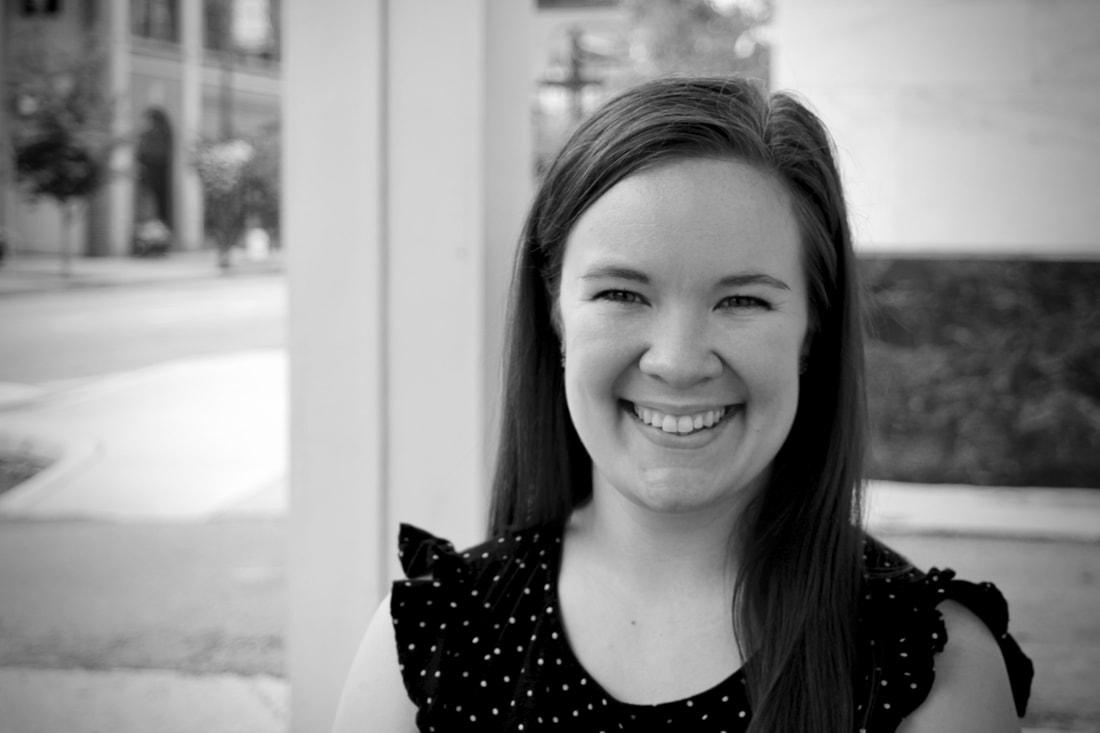 Cassie Smith began dancing at age 3 with the Dance Loft. She then began dancing with Wilmington Performing Arts Studio at age 6, in its first year of business. During the next 12 years Cassie studied ballet, pointe, jazz, lyrical, and contemporary. She has many years of experience dancing in recreational classes, as well as participating with the competition teams. Throughout her time as a student at WPAS, Cassie also held the roles of assistant teacher and student teacher. She continued her dance career as a dancer on the Miami University Shakerettes Dance Team, before transferring to Wright State University where she received her Bachelor's and Master's Degrees in Middle Childhood Education. Cassie is now a 4th grade teacher in Franklin City Schools. She has also participated in many other musical avenues including studies in piano, voice, flute, and piccolo, as well as taking part in musicals, plays, choirs, and bands. Cassie hopes to bring the love of music and dance to the students of Wilmington Performing Arts Studio and is excited for the opportunities that this year holds! 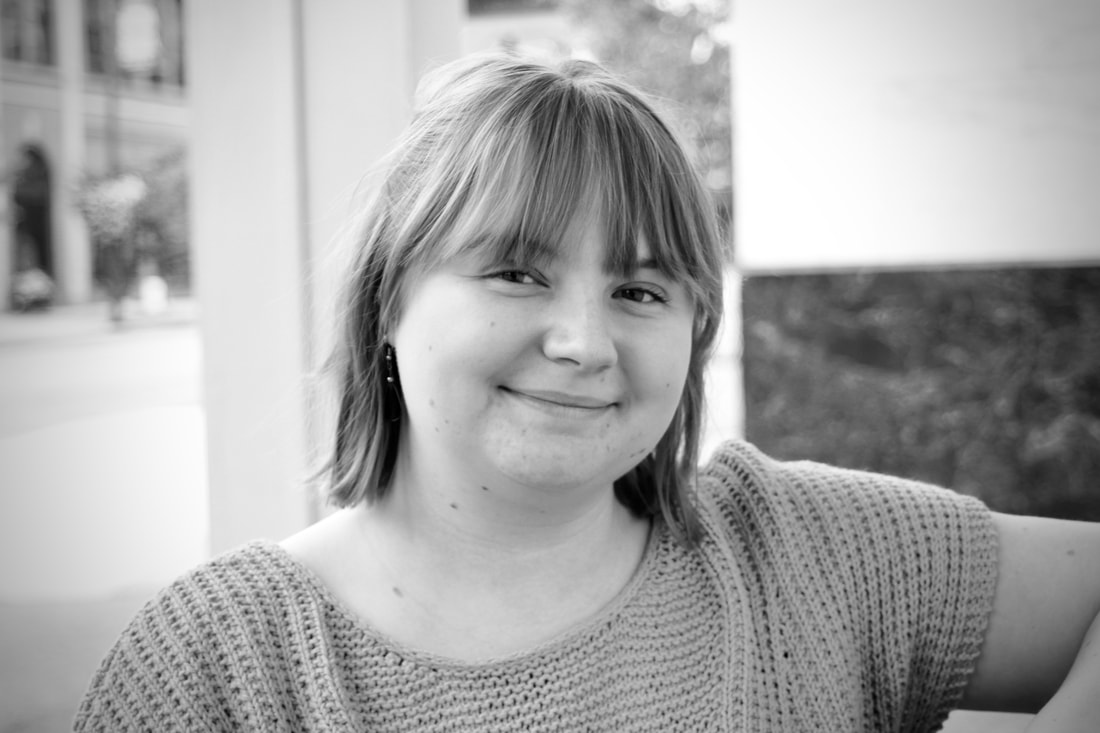 Allie Garnai began dancing at Wilmington Performing Arts Studio at the age of 5 in the studio's inaugural year. For her, dance has always been a family activity shared with her 2 sisters and devoted mom and dad. Allie focused on ballet, jazz, and lyrical while participating in recreational classes and the competition team. She was an assistant for 5 years helping teachers with a variety of classes and ages. She graduated from Wilmington High School in 2016. In college, Allie continued her dance training at Wittenberg University while dancing and choreographing for the Dance & Theatre Program's seasonal concerts, as well as taking workshop classes with teachers/choreographers from The Ohio State University, Ohio University, and the Dayton Contemporary Dance Company. She participated in the American College Dance Association Regional Conferences taking workshop & training classes, as well as volunteered when the Central ACDA Regional Conference was hosted at Wittenberg University in 2019. In addition to pursuing a pastime with dance, Allie completed a Bachelor of Arts degree in Visual Arts in 2020 and received licensure certification to teach Visual Arts in Ohio for Grades K-12. She is currently in her 3rd year of teaching Art in the Fairborn City School District for Grades 6-8. She works primarily in the mediums of fiber and photography and runs an Etsy Shop called Yarnai Designs selling handmade goods designed with the creative in mind. Allie returned to WPAS in 2021 to teach creative movement & combo classes. This will be her second year teaching at WPAS. 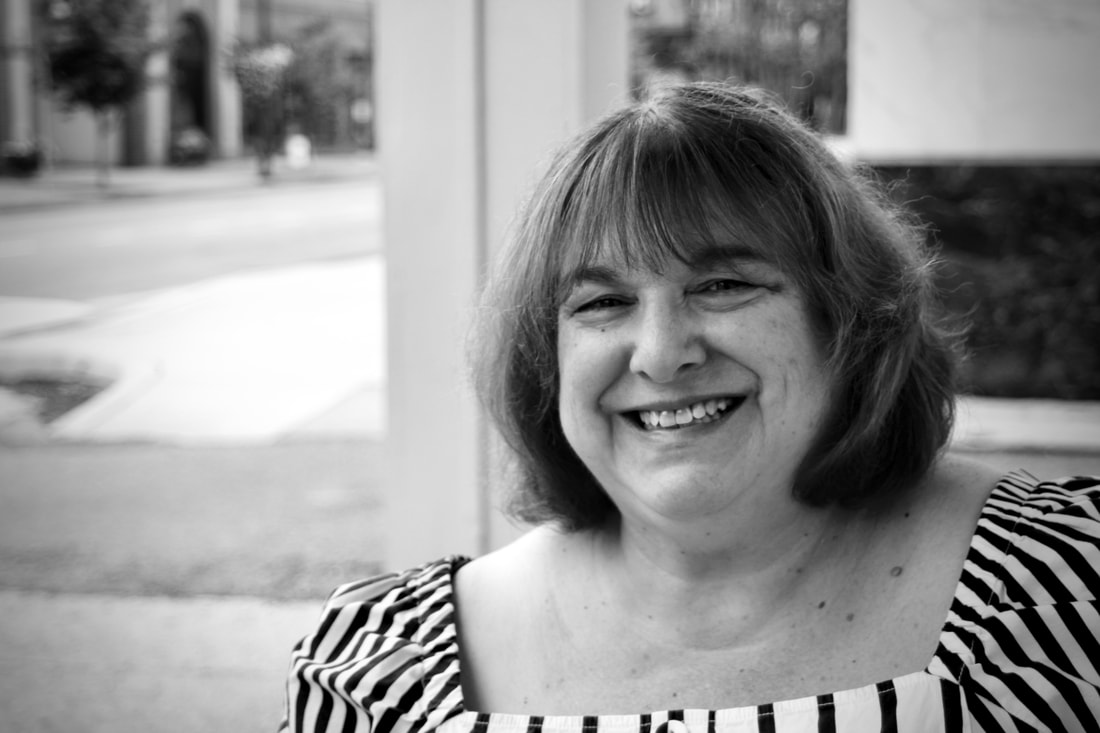 Rhonda Wheasler brings many years of experience in piano, voice and theatre to WPAS. She has taught private piano and voice lessons for over 40 years with special emphasis on preparing young and adult performers for special events, auditions, or just to increase their confidence and range in playing or singing. She began her training in piano at the age of 6 and studied with Judy Sargeant, Faye Mahaffey, Clara Speight and Celeste Armintrout. She has served as pianist at several churches in the area, provided music for events, played keyboards for local bands, and accompanied many vocalists and instrumentalists at High School Solo and Ensemble Contest. Rhonda started singing at a young age and was very active in church choirs, school choirs, professional vocal groups, and local/regional theatre productions. She studied voice as a Preparatory student at the University of Cincinnati for three years and continued her studies at Wilmington College graduating with a Bachelor of Arts in Vocal Performance. Rhonda believes her immersion into the many styles and influences of music encourages her students to try new composers and expand their own musical knowledge. She feels a student who enjoys what they are playing, or singing, will continue to increase their love of music and practice, practice, practice! Rhonda lives in Wilmington with David, and enjoys designing, decorating, fiber crafts, and watching/reading anything fantasy or science fiction. She also works full-time at Air Transport International as a Training Scheduler for the flight crews.
​ 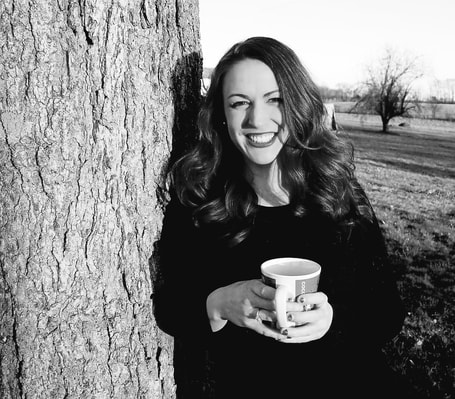 Katie Wright didn't discover ballroom dance until her 20's, but once she did, she was hooked. In her third semester at the University of Dayton School of Law, she connected to a ballroom dance class through a friend and quickly fell in love, dancing up to seven nights a week – even during law school exams. Now an attorney, Katie has since competed in West Coast Swing and Country Two Step and is excited to now teach social ballroom. A former Clinton County Assistant Prosecutor, Katie is an adjunct professor at Wilmington College, where she teaches International Criminal Justice.